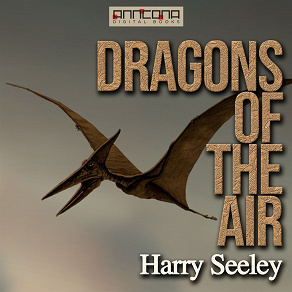 Dragons of the Air

Dragons of the Air - An Account of Extinct Flying Reptiles, is a non-fiction popular book on flying dinosaurs, the Pterosaurs, by Harry Seeley.

Harry G. Seeley was a student of law, but when attending a lecture by Sir Richard Owen, who coined the term "dinosaur" ("Terrible Reptile" or "Fearfully Great Reptile") in the 19th century, on flying reptiles, his interest in paleontology was piqued, and he pursued paleontology for the remainder of his life.

Dragons of the Air is a comprehensive treatise on the structure, classification, and possible evolutionary origins of the Pterosaurs as well as their relationship to birds.